Why can hunters and animal rightists seemingly never agree?
Articles
The Geopolitical Giraffe
26 February 2019 by Peter Flack in Articles

A giraffe is a giraffe is a giraffe so you would think. Well, you may want to think again. Up until recently, there was one species of giraffe and nine subspecies – Angolan (or Smoky), Kordofan, Masai (or Kilimanjaro), Nubian, Reticulated, Rothschild (or Ugandan), South African (which covers all giraffe in South Africa, Namibia, Botswana, Zimbabwe and Mocambique), Thornicroft (or Rhodesian) and West African. In fact, as recently as three years ago, no less an expert than Dr. Julian Fennessy, founder of the Giraffe Conservation Foundation (GCF) and co-chair of the IUCN Giraffe Specialist Group, is quoted as saying in the article, World Giraffe Day: How Many Species Are There? by Pierce Nahigyan that, “We currently recognize one species and nine subspecies” and Wikipedia, for example, still agrees with this statement.

When he was questioned why there was some debate over this issue, he replied disparagingly, “I think because it keeps a lot of people in business.” Well, three years and a mere 200 DNA samples later, lo and behold, Dr. Fennessy changed his mind and accepted that there are now four new species of giraffe, some of which have a number of subspecies. Now why would somebody do such a silly and confusing thing you might ask? 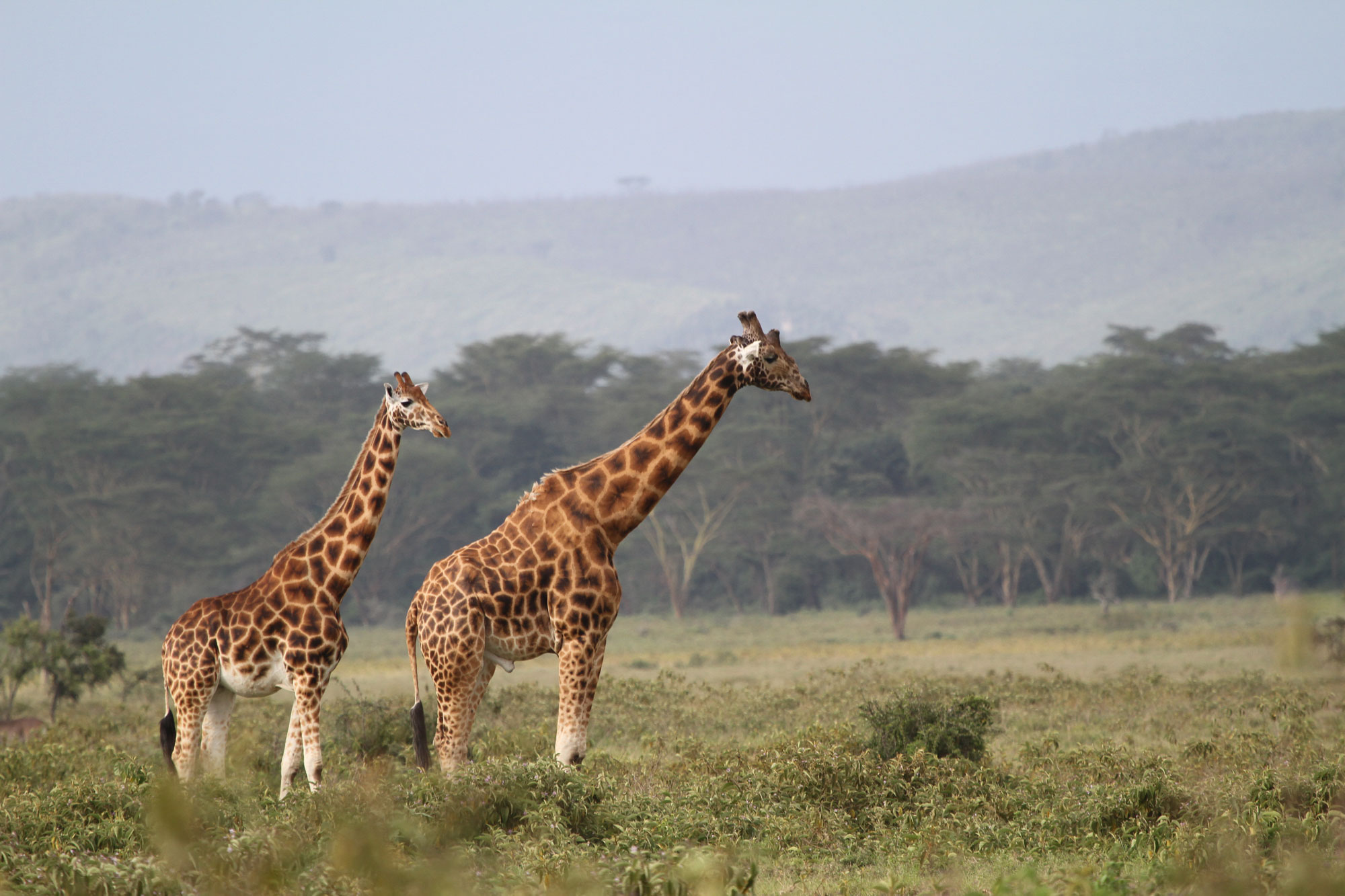 When questioned about the giraffe species/subspecies debate, Dr. Fennessy, replied as follows: “(it) often becomes arbitrary, in all honesty…but it’s very important politically and economically.

For example, if a subspecies is elevated to a species, it can then be listed on the IUCN Red List in one of its threatened categories, offering it access to funding sources that it may not have had before.”

In other words, it’s all about the money. How unusual. And how much of the money will actually go to conserve giraffe and how much will be used to raise more money, pay salaries, travel to giraffe conferences etc., is anyone’s guess. If the animal rights formula is followed, about 38% will be spent on raising more money, 37% on salaries, 14% on miscellaneous expenses like travel and 1% on animal welfare.

These ground-breaking decisions have been based on a total of 200 DNA samples, on average, less than a paltry 23 samples per original subspecies, without mentioning whether both mitochondrial and nuclear DNA tests were done on all samples. The former establishes the female line, while the latter does so for the male line and both are required. Failure to do both tests has resulted, for example, in researchers recently having to change their scientific paper establishing two different species of bushbuck back to the original one species. In the case of giraffe, the reclassification is further suspect because there is a clear financial motivation behind the new delineation. 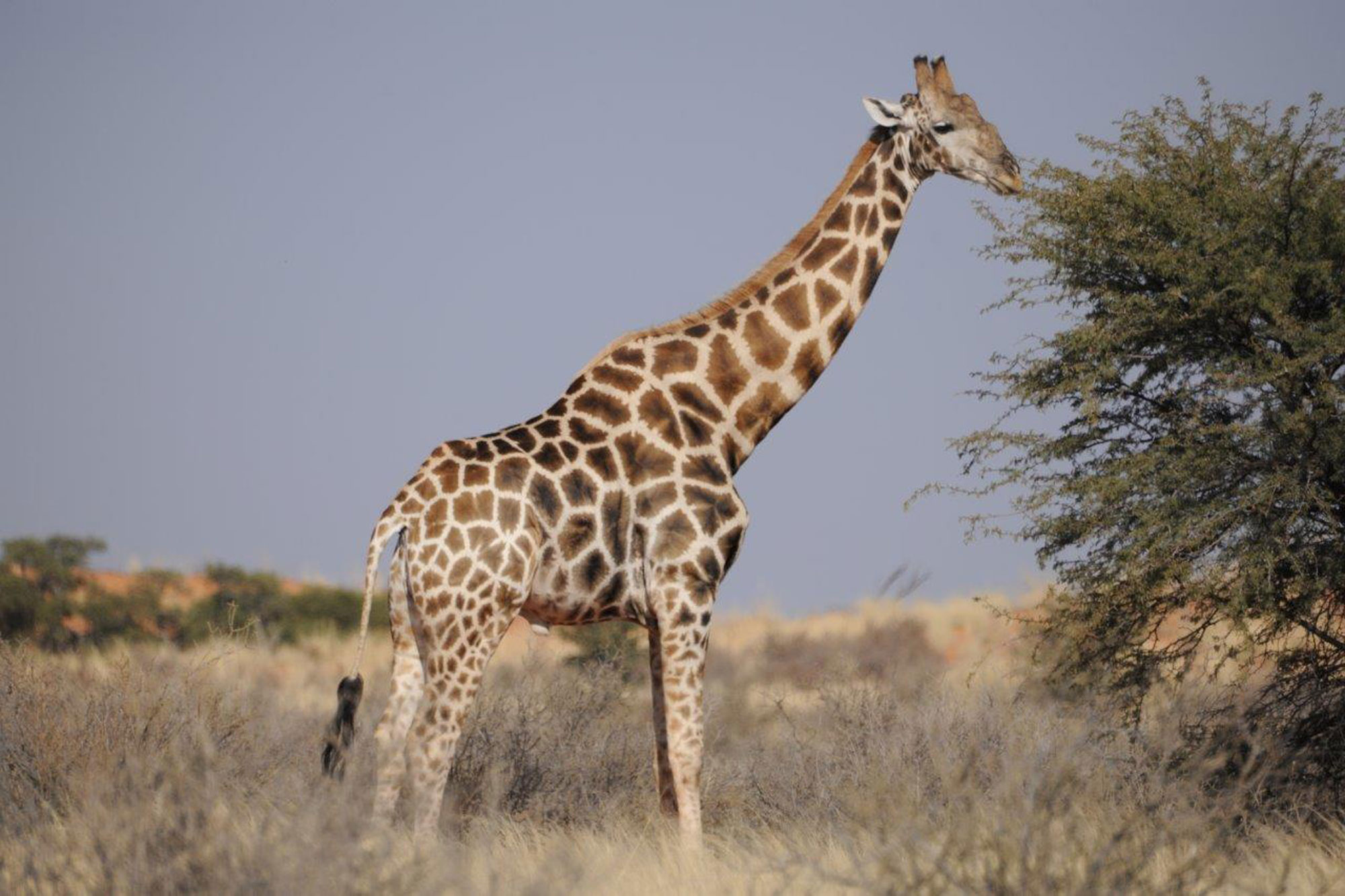 And what constitutes a species? Back to the expert, Dr. Fennessy, “Historically, if two animals could breed and produce a viable offspring, that was considered a species. Now, there are at least 30 different species concepts, many of which rely on genetic testing.” Thirty different concepts? Hmmmm. Sounds like Groucho Marx’s principles. “Of course, I have principles,” he said. “If you don’t like these, I have others!” Really?

Fennessy then adds, “We’ve already shown that some of the giraffe, because they split on the ecological timeline a million and a half to two million years ago, some geneticists and some taxonomists feel that this is definitely a species-level separation, not just a subspecies.” Well, as far as I am aware, the “feelings” of “some geneticists and some taxonomists” is not a valid basis for creating a new species and it is the first time I have heard of time alone being the basis for such creation.

Creating a new species or subspecies is a complicated business and cannot be done so cavalierly. There must be significant, material, visual differences across a broad cross-section of animals in a given habitat versus those in another habitat AND there must be a significant divergence in DNA between the two groups as well. Then the study must be signed off by an overriding taxonomic body although, more and more, it seems as if supposed scientists believe that, if they can get a sufficient number of their fellows to agree with them, or at least not question their prognostications, then it is so. 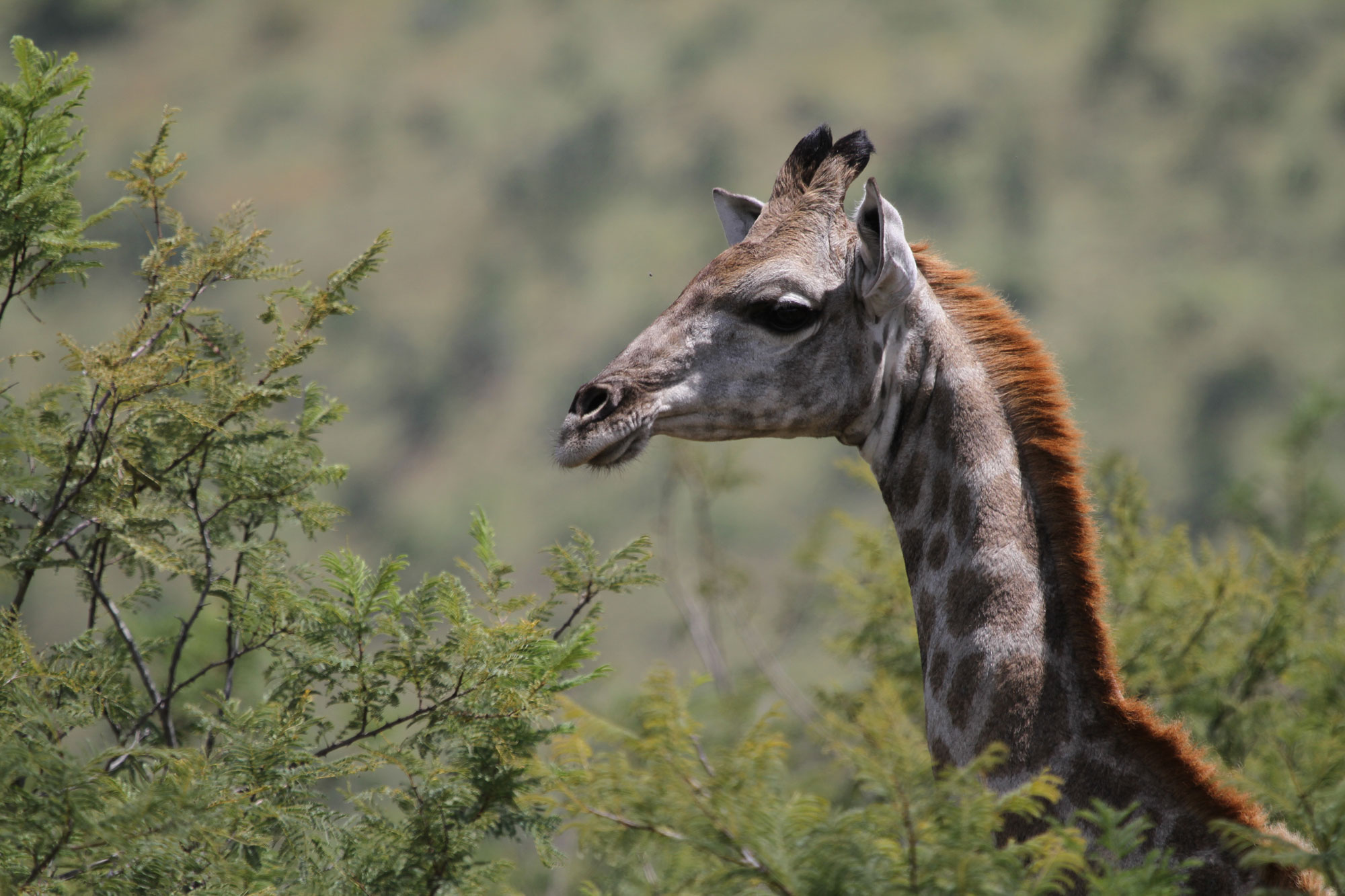 In other words, taxonomy may well now be in the hands of dictatorial politicians and the financially motivated which, of course, has nothing to do with the conservation of the animals themselves.

As the money making potential of giraffe has begun to be realized, the animal has simultaneously begun to receive more attention than at any time this century, driven by claims that it is suddenly in danger of becoming extinct. These claims have been based on a comparison of Rod East’s estimate in 1999 of 140 000 giraffe, to the more recent claim by the Giraffe Conservation Foundation that there are only 80 000/less than 100 000/ 98 500 – pick a number – or roughly a 40% reduction in the space of less than 20 years which, if you extrapolate the rate of decline, would indicate that these huge, lugubrious animals will soon be no more. Well, are these numbers accurate or just another fake animal rightist/anti-hunter supposed statistic extracted from their nether regions?

Clearly, no-one has ever done a road, let alone an aerial, count of giraffe and, in any event, as Wikipedia points out, aerial counts traditionally undercount giraffe. So, the “estimates” are just that. Another way of describing them may be “opinions” or simply “thumbsucks”, no more valid than a guess and certainly not science upon which any informed decision could or should be made. They remind me of the “scientist” who each year produced “estimates” of mountain nyala numbers in Ethiopia, which showed that they were steadily declining from about 2 500 to just above a thousand. Nevertheless, the numbers were accepted by IUCN which placed the animal on the Red List. The fact that the scientist never visited Ethiopia during the time his “estimates” were reduced in number and that these numbers were completely debunked years later by the in-depth, on the ground research by Paul Evangelista and his team of Colorado State University academics and field researchers, which showed that the number was closer to 8 500, has largely been ignored by others, including IUCN.

As regards giraffe, the “estimates” are trumpeted about by ever more publications as if they are fact, in the hope, I suspect, that the more they are repeated, the more people will believe them and the more money will be raised from the gullible. 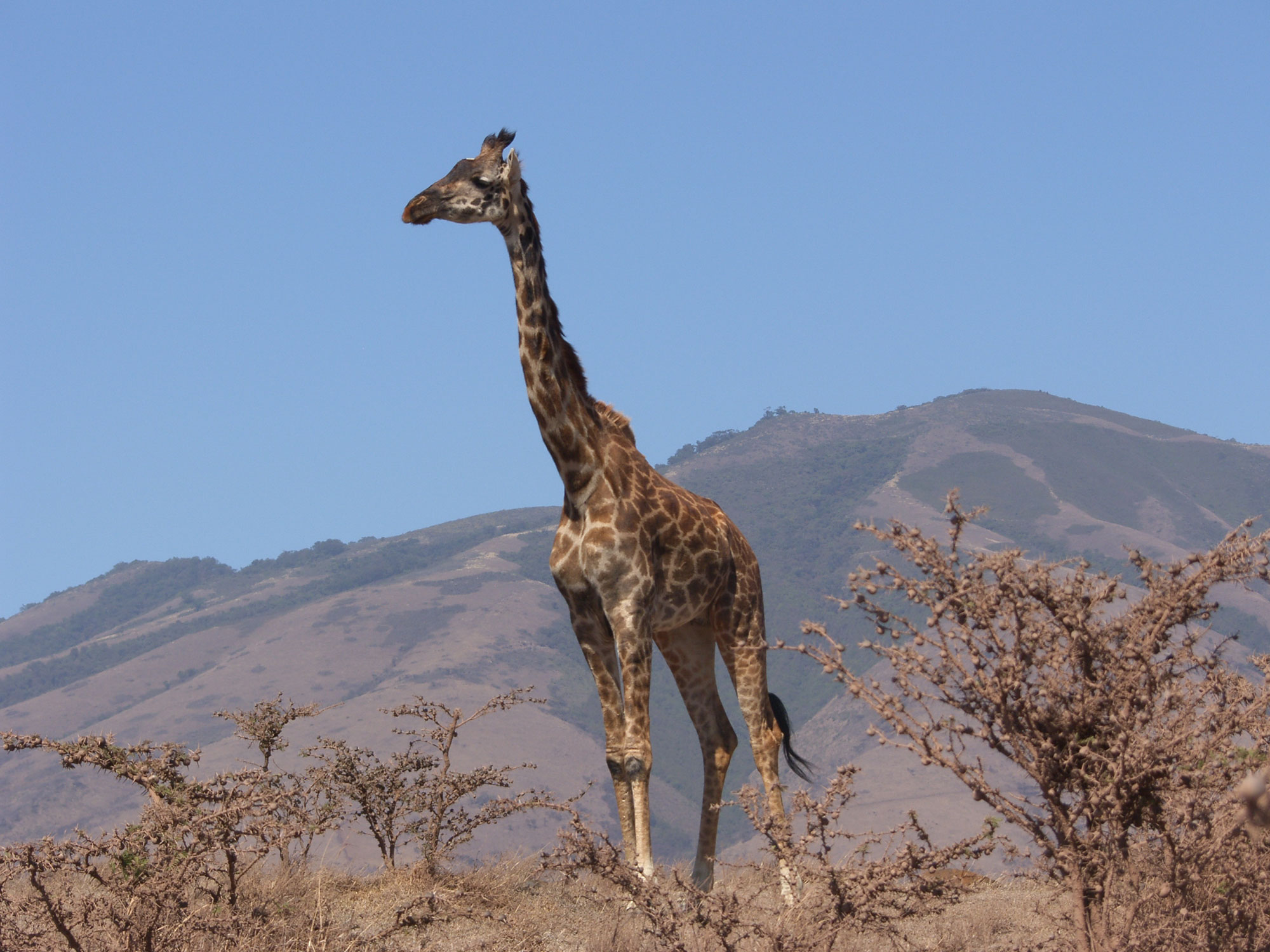 For example, look at the article in the June 2018 issue of Africa Geographic, home to the animal rightists, Messrs. Michler and Pinnock. Given the melodramatic title, Giraffes: The Silent Extinction, by Simon Espley and GCF (of course), it is no surprise it parrots these selfsame dubious numbers.

And yet you would be excused for being confused about all the giraffe “estimates” being flung around these days. In 2016 it was “estimated’ that there were 31 500 (all neat round numbers you will note) South African giraffe (i.e. giraffe found in South Africa, Namibia, Botswana, Zimbabwe and Mocambique) and yet a similar “estimate” found there were 23 000 such giraffe in Namibia alone, which means that there are only 8 500 in the other four countries combined. This is clearly codswallop as the South Africa Lowveld holds the largest concentration of giraffe in Africa and my own conservative “estimate” is that South Africa hosts over 50 000 of these animals on its own.

Still other “estimates” quote 52 050 Southern giraffe, of which South African giraffe are now supposed to be a subspecies along with Angolan giraffe, as the number. This “estimate” inflates the number of South African giraffe over night by 7 500 (or nearly 25% in one year) from 31 500 to 39 00. On this basis, I suppose it could be argued, equally validly, that giraffe should be removed completely from the IUCN Red List.

Having said that, a grand total of 323 giraffe were hunted in the Republic of South Africa in 2016 according to the Department of Environmental Affairs. They generated over R20 million at an average price of over R60 000 each. If I halve my “estimate” of giraffe numbers in South Africa to 25 000, or approximately the same “estimate” for Namibia, this represents .01292 of one per cent. As Matt Hayward, a senior lecturer at Bangor University in North Wales, U.K., pointed out in his scare-mongering entitled article, Giraffe Aren’t Dangerous – But They Are Endangered, “The International Union of the Conservation of Nature (IUCN) Red List assessment does not list legal hunting as a threatening process at all.” Despite this, in 2016, IUCN changed the status of giraffe to vulnerable. In other words, according to them, giraffe face extinction in the medium term unless something is done to minimize the threats to its life or habitat, which they see primarily as habitat destruction and illegal, commercial bushmeat poaching which the ARs and anti-hunters continue to refer to as hunting despite it bearing no relation whatsoever to hunting.

The number of hunted giraffe in South Africa is difficult to understand unless you accept that the vast majority of these animals must have been hunted for meat as my taxidermist, Rodney Kretzschmar of Trans African Taxidermy, one of the longest standing, biggest and best in the country, replied to my query by saying that, on average, they receive about ten giraffe trophies a year to be mounted given both the expense – it costs about R6 000 just to tan the skin before mounting costs are added and there are only two tanneries that can do the job – and, secondly, because once mounted, they take up so much space even as shoulder or pedestal mounts, which account for about three quarters of them, the rest being flat skins with a very occasional full mount.

Giraffe are not endangered in any shape or form in South Africa or Namibia and Hayward is forced to admit that, “…the rapid decline of giraffes isn’t the only story – because in southern Africa populations are increasing. A major reason for this increase has been the development of wildlife ranches and the reintroduction and protection of giraffes on these lands. There are growing numbers on wildlife ranches in South Africa, Botswana, Zimbabwe and recent studies estimate 23 000 occupy such lands in Namibia.”

Of course, what Mr Hayward cannot bring himself to freely and directly admit, is that the vast majority of these ranches only exist because of hunting and almost exclusively hunting. As such, if GCF and Dr, Fennessy were serious about conserving the other giraffe subspecies in Africa, what they would do with the money they raised is use it to persuade these other countries to introduce legislation similar to that in South Africa and Namibia to encourage the establishment and protection of extensive, hunting based game ranches, a tried, tested and proven method of overcoming the habitat destruction and poaching plagues which most, if not all, of these countries face. 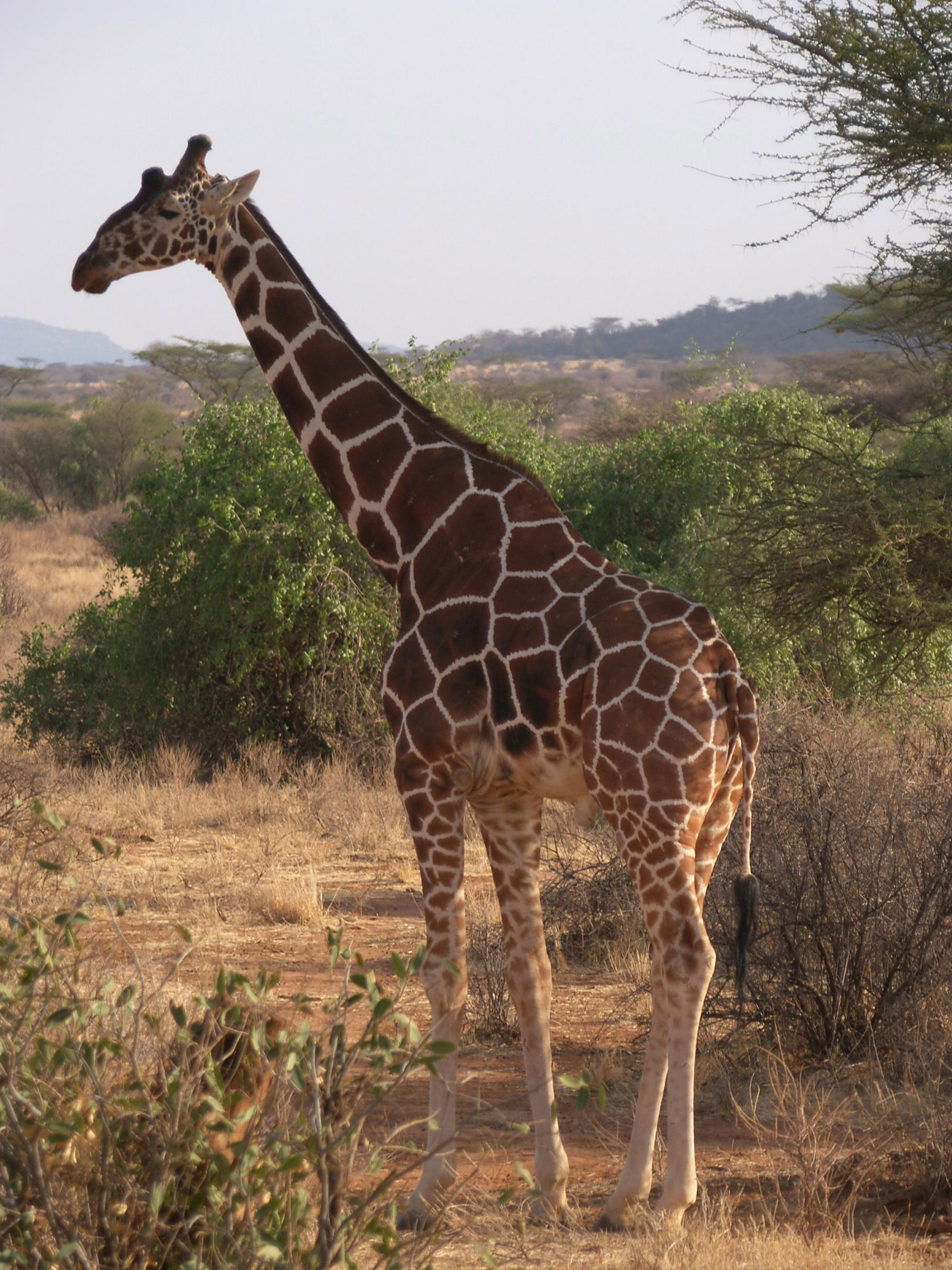