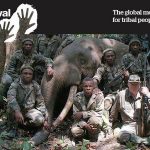 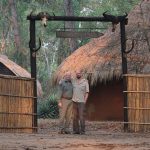 I received the South African 2015 hunting statistics this week and was delighted to see that, after five years of steady decline – we reached our peak number of overseas hunters in 2007 (16 394) – there was a very slight increase from 7 405 in 2014 to 7 633 or 228 (3%) of overseas hunters in 2015. I know this does not sound like much but, assuming these statistics are accurate and I will come back to this point, when you multiply the increase by their average expenditure on just daily rates and trophy fees of R216,334.00 per hunter, it comes to a not inconsiderable R49,3 million, which goes to show just how important every single overseas hunters is to the country. When you then add the knock-on expenditure on things like internal flights, car hire, hotel accommodation, sight-seeing both before and after the hunt, taxidermy, gratuities and so forth, the value to the country starts to mount up, particularly as most of this is spent in rural areas which need it most.

Once again North American hunters (4 693) made up the majority (61%) and lions the majority of revenue earned – some 638 captive bred, domesticated animals, the vast majority shot in paddocks in a totally unacceptable manner, presumably by North Americans, brought in a sum of R181 million in round numbers.

Interesting then to read in the November issue of Safari Times, the SCI newspaper that, “On October 20, Director of US Fish & Wildlife Service (USFWS) Dan Ashe announced the decision regulating the import of sport hunted lion trophies under the Endangered Species Act (ESA) from South Africa. The United States will not allow the import of lion trophies taken from captive lion populations in South Africa. However, wild and wild-managed lions from South Africa will receive import permits …

USFWS and CITES has recognized the importance hunting plays in conservation. Ashe stated USFWS determined, ‘that sport hunting of wild and wild-managed lions does contributes to the long-term conservation of the species in South Africa,’ and continued to explain that, ‘lions are not in trouble because of responsible sport hunting.’”

What this will do to the revenue earned by this disgusting practice in 2017 is difficult to predict but, one thing is certain, this latest announcement by USFWS is not good news for the breeders of these animals and, hopefully, will go a long way towards stamping out a practice which has done more to damage hunting in, and deterring overseas hunters from coming to, South Africa and thereby damaging the conservation successes of which this country can be justifiably proud.

Over 80% of these canned lion killings took place in North West Province, so it is worth bearing in mind when offered a lion ‘hunt’ in this province that it is almost certainly a canned killing and not a hunt. The other contenders for the top money generating trophy spot were 812 Cape buffalo (R145 million) and the perennial top antelope trophy, 2 823 Southern greater kudu (R103 million). 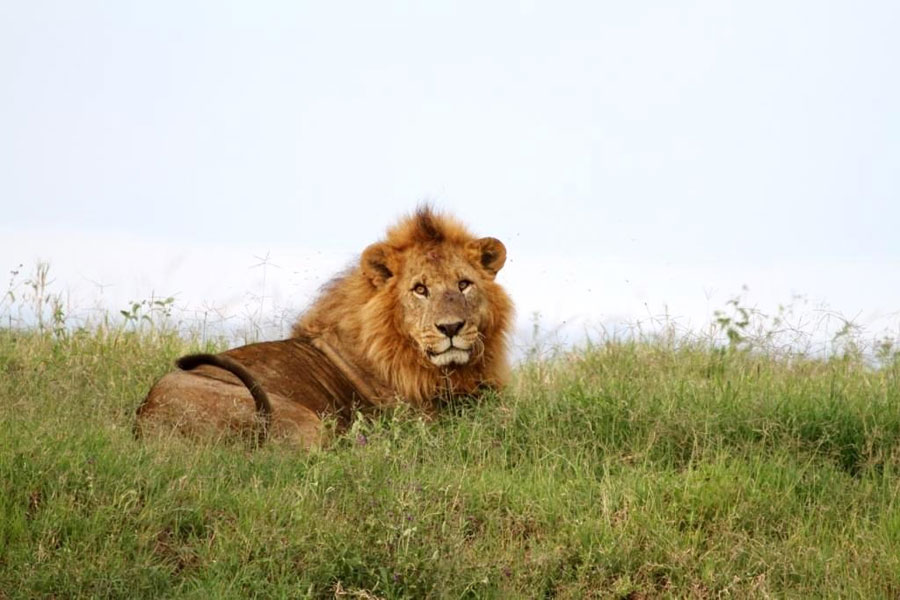 Incredible as it seems after all the negative publicity and intense public dislike displayed by both genuine hunters, their organisations and the public at large, this practice continues unabated and 638 captive bred, domesticated lions were killed in 2015 at a cost of R181 million despite the damage this continues to do to the image of South Africa as a hunting destination and the negative knock-on effects on conservation. 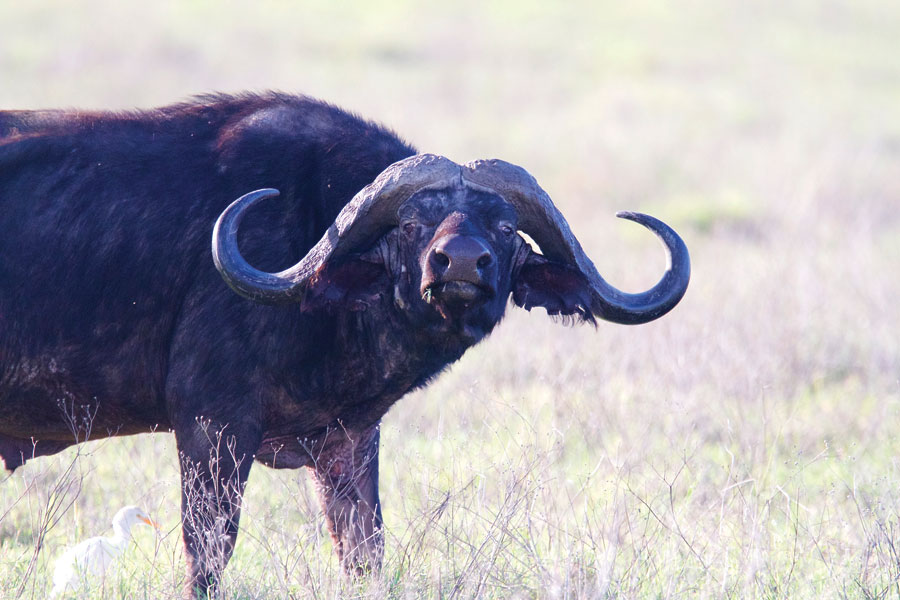 Cape buffalo generated R145 million in trophy fees in 2015 putting them second on the list of top trophy earners. 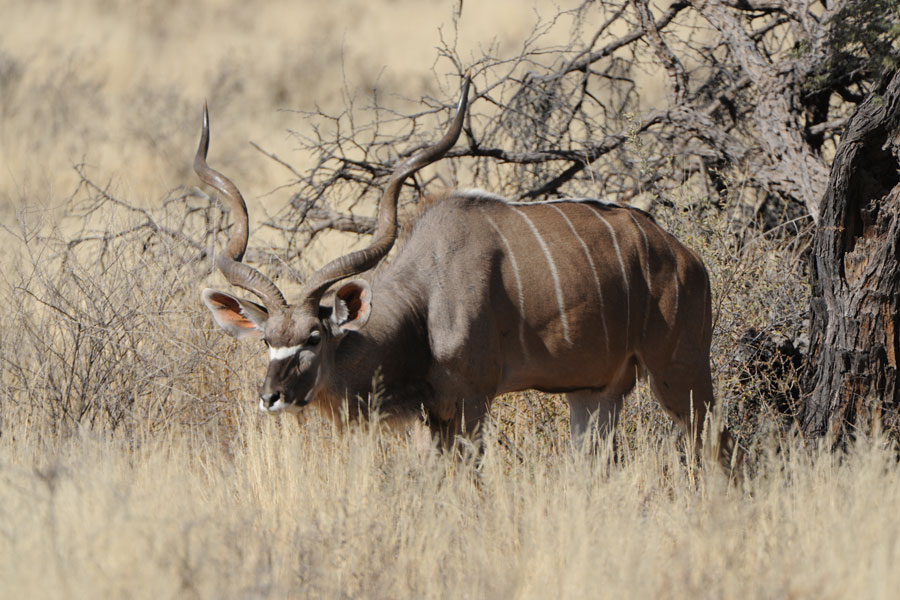 Southern greater kudu were once again the top antelope revenue generator in 2015 bringing in R104 million.

Limpopo Province hosted the vast majority (3 189 or 42%) of the overseas hunters and this is reflected in the average daily rate charged in the province which, at R710 per day, is the highest of all provinces especially when compared to the Western Cape whose average for its paltry 72 overseas hunters was nil. How this is possible I do not know but it is one of the many unanswered questions that arise from even a cursory reading of these statistics and which caste doubt on both their accuracy and veracity.

The average, unweighted daily rate for full board and lodging across the country comes to $35 or less than R490. This is less than a decent steak dinner for four plus a mediocre bottle of wine. These statistics highlight a major issue and that is that hunting in South Africa has become commoditised as more and more people have flocked to the hunting industry since 1994 and offer hunts on their properties without seemingly understanding either the needs of overseas hunters or the marketing required to attract them.

To digress for a moment, marketing includes advertising, public relations, sales, strategic planning and what is often called ‘genuine’ marketing, which seeks to create a need in the target market for particular products or services. In the absence of comprehensive marketing as defined above, many of the more recent entrants to game ranching seem to confine their efforts to selling their game via intermediaries to overseas hunters based on price and price alone. They offer more for less. More animals at lower prices, more animals per day and more hunting days for lower prices. This is certainly borne out by the daily rates across the country with the most expensive going for barely $50 per day for full board and lodging as opposed to the daily rates in, say, Tanzania where plains game daily rates are around $650 per day and dangerous game hunts around $2,000 per day.

On the other hand, trophy fees are correspondingly higher in South Africa than in most of the countries that compete with South Africa for overseas hunters. This may be due to the fact that in most of these competitor countries hunting takes place on government land, the trophy fees go directly to government and these plus other costs such a firearms import fees, hunting licence costs, conservation fees (which are never spent on conservation), community fees, visa costs, trophy dip and pack costs etc., etc., are already so high that the safari operators cannot increase their trophy fees for fear of losing clients. An extreme example of this is the Ethiopian government charge of $15,000.00 for a mountain nyala licence and $6,000.00 for a Menelik’s bushbuck licence, which has to be purchased before the hunt and there is no refund should the hunter not shoot one. What makes this example worse is the rumour that the government plans to double these licence fees in the near future.

South African meat hunters have been complaining ever louder over the last few years at the charges of some game ranchers. Spare a thought for the overseas hunters, on the one hand, and then also realise, given the trophy fees they pay, how valuable they are to the game ranching industry, on the other hand. A glance at the average trophy fees charged to overseas hunters shows the following rounded off and using the Rand at 14 to the Dollar:

Interesting to me was that 13 so-called golden wildebeest were shot but no prices were provided. Is this because the demand was so low they had to be given away? Or was it because they were shot by the game ranchers themselves for meat? Also of interest were the 337 black-backed jackals that were shot at a price of R3,000 each. Certainly this would pay for a good few sheep, always assuming they ever ate any. Thirty five side-striped jackal were said to have been shot as well at a price of R1,480 each but, as they do not occur in this country, I wonder what they really were? Cape foxes? Bat-eared foxes?

This brings me to another concern. How accurate are these figures and why does it take so long to produce them? I mean 11 months after the year end is beyond pathetic. As any businessman will tell you, it is better to have figures that are 90% accurate ten days after the month end than figures that are 100% accurate 90 days after the month end but 11 months? These are not statistics they are history and what are people in the hunting industry or anybody else for that matter meant to do with them at this late stage?