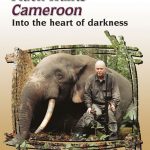 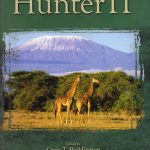 Tales of a Trophy Hunter in Africa

Hunting stories from the African continent. Following on his successful book "Heart of an African Hunter", in this second volume Peter Flack describes in detail his hunting of many species including mountain nyala, lesser kudu, many subspecies of bushbuck, wildebeest, hartebeest, eland, the Kobus family and various types of African buffalo.

Peter Flack is a remarkable hunter. He is not a professional hunter, yet he has hunted more than many professionals. He has consistently sought the finest trophies the African continent has to offer. In most cases he has hunted species again and again till he found that one remarkable old specimen worthy to be called a fine trophy. In this book he goes after certain species in-depth, such as his pursuit of the bushbuck when he hunts many of the subspecies.

Then he makes a second attempt at a mountain nyala, an animal he hunts for a combined 42 days before finding his dream bull. He then takes off on a tour for wildebeest and hartebeest - going east and west as well as south. Next is the eland, and he hunts all the varieties including the giant eland. He also visits the Kobus family of antelope in search of a monster waterbuck.

Flack says, "every passionate hunter dreams of a 45-inch sable, a 40-inch bull gemsbok, and a 60-inch kudu," but eventually each hunter discovers that dreaming and "getting" are entirely different! The same is true for a leopard, for he again finds that there is a huge difference between desire and fulfillment. Finally he tackles the domain of the lesser kudu and the various types of African buffalo. As readers have come to expect from Peter Flack, his refreshing style brings the details of his pursuit of all these animals vividly to life.