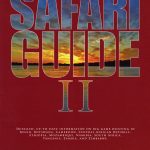 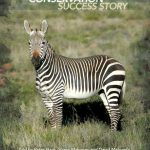 Hunting Icons of Africa represents the culmination of Peter Flack's five decades of hunting on the African continent. Having experienced literally hundreds of safaris in 15 African countries, he is uniquely able to choose the top 25 game icons in Africa and provide the reader with well reasoned and insightful comments as to why each of these animals merits selection.

Of course subjectivity plays a significant part in these choices and each chapter is divided into two sections - the first setting out the reasons for his choice and the second being one of his well-written, warts-and-all, evocative and exciting stories about the hunt for each icon.

None of these stories has ever appeared in a book and, to the extent that the animal may have been covered in one of his many magazine articles, each story has been completely rewritten and is substantially longer. In addition, nearly half of the stories have not been published ever before.

Follow Peter Flack in his search for the dwarf forest buffalo which almost killed him and other denizens of the rain forest such as forest elephant, giant forest hog, forest sitatunga and the new world record bongo. Move to the Sahara desert of Chad and live through his attack by four AK-47 toting nomads as he shoots the new number three Barbary sheep and northern kudu. Live through his disappointments as he takes 33 days to find a mountain nyala in Ethiopia and travel the width of Africa from east to west - through Tanzania for lion and Roosevelt sable, Mozambique for leopard, Zimbabwe for kudu, Botswana for red lechwe and South Africa for grey rhebuck amongst others.

This is not only an exciting and highly interesting book but it will help the reader draw up his own wish list and, in so doing, avoid many of the pitfalls into which Peter Flack sometimes fell.