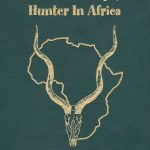 Tales of a Trophy Hunter in Africa 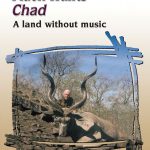 It is with considerable pride that after five years of work by the editors and the publisher we are able to present the new African Hunter. Let us be the first to say that the original book can never be surpassed: James Mellon spent FIVE years hunting in every African country open to hunting during the late 1960s and early 1970s, making him uniquely qualified to write a book of such scope and breadth. He then spent several years producing his masterpiece. (His unlimited resources didn't hurt the project any, either.) Because so much has changed in today's Africa, however, it was necessary to update the original, and we feel proud to have equaled the standard set by the first book.

To start, there is a total of twenty-five countries covered, with thorough in-depth overviews of their hunting areas, background information, and best times to hunt. Then we cover the game animals: It includes all the Big Five (lion, leopard, buffalo, rhino, and elephant); the nine spiral-horn antelope; game indigenous to only one region; game indigenous to most regions; the rarities; the plains game, and so on—all game animals throughout the entire African continent are given meticulous attention. A total of 228 animals are covered. There are hunting stories from each country that highlight hunting the game found in that particular area—these are thrilling stories written by people who have hunted and lived in the area for long periods of time.

Moreover, you will read exciting stories of giant tuskers in Tanzania, huge leopards, obnoxious buffalo, a double on large maned lions, and a surprisingly nimble giant rhino. But the book goes beyond that with chapters on medical preparations, booking a safari, the rules, and the rifles for Africa; there is even a detailed checklist of game animals, country by country. You will also find detailed maps and numerous sidebars with immediate, at your fingertips information. In addition to the editors, a total of more than two-dozen contributors, too many to list all, endeavored to make this book the most complete it could be: The names include Gregor Woods, Tony Tomkinson, Joe Coogan, Rolf Rohwer, Piet Hougaard, Volker Grellmann, Geoff Broom, Robin Hurt, Rudolf Sand, Tony Dyer, Franz Wegnert, Mike Murray, Tony Sanchez, Rudy Lubin, Angelo Dacey, Warren Parker, Reinald von Meurers, Beth Jones, and Steve Christenson. With over 500 full-color pages, hundreds of photographs, and updated tables on animals and where they are available, this is THE book to consult for the information on Africa today, and it is sure to become the industry "standard" for years to come. Foreword by Robin Hurt. Introduction by James Mellon.