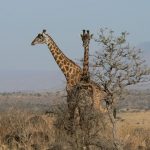 In May last year I was asked to organise a meeting of the major South African hunting bodies to discuss public relations and how necessary I believe it is for hunters and conservationists to become proactive in communicating the empirically determined facts about these two inseparable and inter-related issues. I also spoke at length on the topic at the CIC – International Council for Game and Wildlife Conservation General Assembly. Here is a note on what occurred.

As a businessman I have learned over many years that, for any organisation to succeed, whether it is a club, church, company or country, it needs four things.  Firstly, leadership and, preferably, strong, decent, visionary leadership.  Secondly, a written plan, something most people call a strategic plan and that plan must be in writing or else it is merely a wish, a hope or a prayer.  Thirdly, it requires a management team (who have been intimately involved in the preparation of the strategic plan) to implement it and this management team should be both coherent and cohesive in the sense that they should amongst themselves have all the attributes and skills necessary for such implementation.  Finally, the strategic plan should be broken down into small, measurable, bite size bits – an action plan if you like – because unless you measure performance regularly you will almost certainly not obtain the desired result.

The strategic plan breaks down into a number of individual or sub strategies of which one of the most important is the marketing strategic plan.  Marketing consists of a number of different facets, namely, sales, advertising, public relations, strategic planning itself and what many people call true marketing, in other words, developing a need in your target market for the products or services which you produce.

Having run a number of companies quoted on stock exchanges in South Africa and around the world and having spoken to many of my peers doing similar things, I can honestly say that none of us would have attempted to run any of these organisations without a dedicated public relations strategy. The obvious question to ask, I suppose, is why?

I clearly remember my introduction to the field of public relations.  It was at the start of my first corporate job as a 35 year old CEO of a mining contracting company.  I was shown a print advertisement displaying the photograph of a large, grumpy, middle aged man sitting in a big, old fashioned, wooden chair, facing the camera.  He had the face of an English bulldog and wore a three piece suit, English brogues and a gold watch chain across his waistcoat.  The words beneath the photograph read as follows, “I do not know your name.  I do not know the name of your company.  I do not know what products or services your company supplies.  Now tell me again why you think I should do business with you?”

The man who showed me the photograph and whose firm I have used many times as my public relations expert, went on to explain that everyone has a public image, whether he or she likes it or not.  You can either choose to manage that image yourself or the market will do it for you and, in the latter case, you will almost certainly not like the end result.

Both of these examples apply to the hunting industry.  The general public do not know what products or services the industry supplies and, as we have not managed or marketed our image, the public has done it for us with the help of animal rightists and the result has been that, as hunters, we are inevitably on the back foot and the defensive when it comes to portraying hunting and the critical role that it plays in conservation whose foundation is built on sustainable use.

To give you an example how many companies, in this case let me call it Company X, make use of professional public relations firms, let me describe the following:

No one in the hunting industry is doing anything remotely like this and it is, therefore, no wonder that, when we become aware of negative publicity affecting the industry as a whole or one or more of its constituent organisations, that we appear a lot like termites when someone stabs a stick into the nest.  We rush out, usually each in a different direction, while the hard, wooden stick is focused and keeps on prodding at the same spot, killing more and more of us termites as we continue to rush out from the same hole.

In May I attended the four day conference of CIC – The International Council for Game and Wildlife Conservation in Cape Town at which every speaker, almost without fail, mentioned the critical importance of conveying to the general public the vitally important roles that hunting plays – ecologically, economically and culturally – in the conservation of wildlife and wildlife habitats and how the failure to do so is not only playing into the well organized and well funded hands of the animal rights movement but is having the most dire and detrimental negative effects on wildlife and wildlife habitats.

Each year the four members will meet, taking turns to do so at one another’s offices, to review the public relations strategy and amend it, from time to time, as may be dictated by prevailing circumstances.  As Winston Churchill famously remarked, “I reserve the right to change my mind in perfect harmony with changing circumstances.”  Should the members be unable to reach consensus on any of these decisions, then such decisions will be determined by majority vote, each member having one vote for every R20.00 they contribute to the funding of the public relations fees.

To date, none of the above has come to pass despite one or two encouraging meetings amongst the main organisations referred to above.

While it is unlikely that the benefits of the public relations program sketched out above will be fully felt until the third year, unless we start now, that a third year will never come.  As a businessman of many years standing, I can honestly say that there may be other ways to manage effectively but, if there are, I not only do not know what they are but I do not know anyone in business who does and this is certainly what I currently teach at University business schools in two provinces.  Following this course of conduct has allowed the management teams of a number of companies of which I have been fortunate to form part to turn around their operations from the brink of bankruptcy to success and, in the famous case of Randgold, from a share price of R3.50 to R42.50 in five years.

If we value our hunting; if we would like our children and grandchildren to hunt; if we believe that hunting is part of our cultural heritage; if we believe that, without hunting, in the medium to long term, there will be no wildlife to hunt and no wildlife habitats for them to inhabit; if we believe that hunting makes economic sense for our country then, surely, R20.00 per year per hunter is not too much to ask for and I would urge you, plead with you, beg you to actively support the initiatives of these four organizations not only monetarily but also by offering to host the media on your ranch, by writing articles demonstrating the positive effects of hunting and suggesting members of the media and other opinion makers who would benefit from such exposure.

Most importantly, however, I would ask you to ask the office bearers in your hunting organization why they are not doing anything like this to protect and promote the hunting we all hold so dear.

Unfortunately, as so often happens in South Africa, despite a very promising start, two of the four hunting bodies pulled out of the joint initiative and, of course, nothing of note has happened because the resources of all four were required to give effect to the proposed three year Public Relations program. The cost of the programme, incidentally, worked out at less than $5 per member per year.