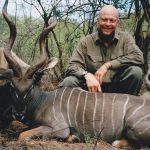 On 17 March I was called by Stafford Thomas, a feature writer at the Financial Mail, South Africa’s foremost weekly business magazine, to discuss the issue of canned lion killings on which he had been asked to write a 450 word story. We discussed the matter at length and I briefed him with papers on the matter, including the response of SAMPEO, South Africa’s most professional and experienced outfitters, on the issue.

On 26 March I received a copy of the article, submitted a few proposed, minor changes, which were adopted, although for the life of me I cannot seem to stop journalists referring to this revolting practice as “Hunting” no matter how many times I explain that there is no hunting involved. The article appeared in the April 4 – April 9, 2014 issue. A copy of the article is set out below:

Melissa Bachman’s photo of herself posing next to a captive bred lion she shot on a SA game ranch sparked outrage and protest marches against “canned lion hunting” across the globe. The American TV personality’s Facebook photo has also cast a shadow over SA’s entire game industry.

“The reaction could do a lot of damage to the [game] industry,” says Adri Kitshoff, CE of the Professional Hunters Association of SA (Phasa). At risk is the well over R1bn 9 000 foreign hunters spend annually in SA, she says.

Though 99%-plus of lions hunted in SA are bred in captivity, opposition to lion hunting is unjustified, argues Kitshoff. Phasa, she says, has worked with the SA Predator Association to ensure that lions are subject to a fair hunt.

“We have raised the bar higher than is needed,” says Kitshoff. Among standards set, a lion must be released at least seven days prior to a hunt in an enclosure of at least 1 000 ha.

Campaign Against Canned Hunting founder Chris Mercer is not impressed. “They are meaningless little restrictions to enabled people to pretend the hunt is fair,” he says.

Mercer’s view is shared by conservationist, hunter and wildlife author Peter Flack. “It is a disgusting practice. It is not hunting, it is slaughter,” says Flack. For a fair hunt, an animal must be wild and in its natural environment where it can feed itself, breed naturally and escape predators, he says.

The natural environment for a wild lion can extend over a territorial area of 260 km2, notes National Geographic.

Phasa also faces strong opposition from within its own ranks. A grouping of eight of SA’s largest professional hunting operators, SAMPEO, slams hunting of captive-bred lions as an “immoral practice”.

Hunting of captive-bred lions is already doing harm to SA’s legitimate hunting industry. “The activities of a few have severely tarnished the reputation of our industry,” notes SAMPEO.

Fall-out, says Flack, includes one of Europe’s most influential hunting bodies, CIC, banning canned lion killing. “The risk is that their members will stop coming to hunt in SA for fear of being tainted by the canned killing practices of a few,” he says.

Flack fears hunting clubs in other countries could follow the CIC’s lead. In the US, for example, a leading hunting body, the Boone & Crockett Club, has voiced strong opposition to hunting in fenced enclosures.

If legitimate hunting in SA suffers, conservation will inevitably also be a big loser, says Flack. For conservation to succeed, he argues, wildlife has to be economically sustainable.

Mercer believes ecotourism alone is sufficient to sustain private conservation in SA. Flack disputes this, pointing to Kenya where game numbers have fallen 80% since a hunting ban was imposed in 1977.