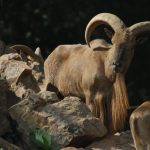 Question: I noticed on Iziko Museums’ facebook page a few people were protesting against an apparent exhibition of your hunting trophies. So I googled your name and discovered that you’re a conservationist as well as a hunter, which I completely understand  – after all, controlling animal population is part of maintaining sustainability. But the way these people are commenting it’s like they imply that you kill endangered species. So I guess what I’m asking is, what animals do you hunt? And would you say that you hunt in a sustainable way? Thanks in advance ~ LH

My response: Thank you for your email.  Countries which offer hunting are meant to evaluate and count their game on a regular basis, which determines the numbers of surplus animals they make available on quota to be hunted. Whether they all do this or not I cannot be sure but CITES, the Convention on the Trade in Endangered Species, classifies animals they believe are endangered. To export the skins, horns and feet/hooves (the trophies) of hunted animals from the countries where they have been hunted to South Africa requires that the country of origin issues a veterinary export permit and a CITES export permit – this latter permit will not be issued by the country of origin in respect of endangered animals but, in the unlikely event it is, the South African authorities will not accept it. These are then sent to South Africa and a CITES and veterinary import permit are applied for. If and when these are granted, the import permits plus the export permits are sent back to the country of origin and they must accompany the trophies on their journey to South Africa. If the trophies arrive in South Africa without these permits, they will be confiscated and destroyed.  Quite simply, it is impossible to hunt endangered animals legally and equally impossible to import the trophies into South Africa.  In addition, all ethical hunting can only be done on a sustainable basis. I have never poached but only hunted game which was on licence and in respect of which I held a valid hunting licence. What is the point of poaching? It is illegal, morally wrong and to do so puts at risk the very animals hunters love and want to conserve for future generations. Only a short sighted, stupid criminal would hunt endangered game.

All the animals I have hunted were inspected by the committee who presented the Musgrave Award to me in 2006.  This is an award for the lifetime achievements of a hunter both on and off the hunting fields. It is strictly evaluated, cannot be applied for and is not made every year.  The Iziko Museum of South Africa also had to be sure before accepting the collection that the animals were legally hunted.

Both the International Union for the Conservation of Nature (IUCN), the UN’s top conservation body and the Convention on Biodiversity, to which South Africa is a signatory, recognize the value of trophy hunting and its vital role in conservation. If you have a serious interest in this matter, I would urge you to buy a copy of The South African Conservation Success Story from www.rowlandward.com – the proceeds go towards funding the donation of this DVD to those who want it but cannot afford it.

I have devoted most of my discretionary time and money to the conservation of wildlife and wildlife habitats in Africa. It is my firm belief, based on years of practical experience of conservation on the African continent or the lack thereof, that legal hunting is the foundation upon which all conservation is built here. Without legal and ethical hunting, one day there will be no wild animals left in Africa.

Thank you once again for your enquiry. Should you need answers to any further questions on this topic, please do not hesitate to ask. The full text of my brief introductory remarks in the Museum debate on this subject entitled, The Elephant in the Room, can be read on my website. This is obviously a wide and contentious subject and I have only touched the surface of the issues raised by you but I hope I have pointed you in the right direction.

Thank you so much for your thorough and thought-provoking reply. It’s clear that you care deeply about animals as well as their conservation! Kind Regards ~ LH