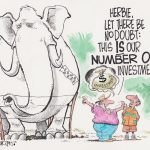 Public Relations and Hunting
Blog
From Barbara Crown, publisher of The Hunting Report
13 August 2015 by Peter Flack in Blog 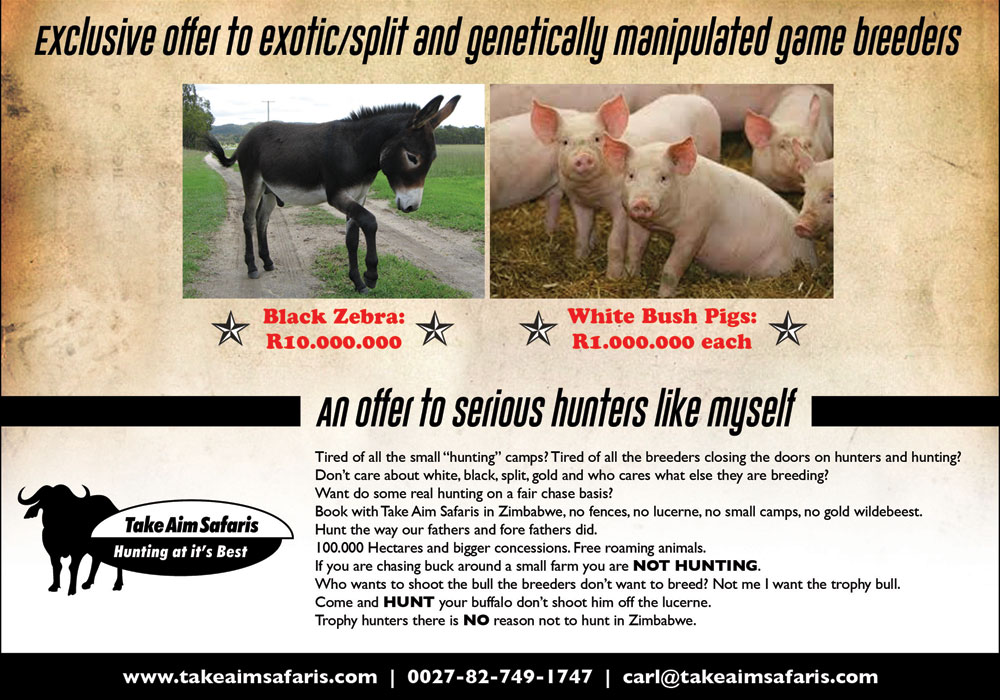 In Response to blog post: Amateur hunting bodies have failed their members

Do you feel like Casandra from the Greek myths? I know I do. Read your blog post about the lack of PR in our industry. Of course you are right on the money.

Have you read my August issue Publisher’s Note in The Hunting Report? I wrote it weeks before Cecil. It had become so obvious to me that the antis had been doing a very targeted PR campaign to the airlines while “we” had done nothing that I had to say something. By the time the issue hit, we were in full fledged Cecil the Lion crisis.

Of course once the crisis hit, our hunting conservation organizations completely dropped the ball. I have only seen interviews by John Jackson of Conservation Force with The Washington Journal on C-Span and Nick Pinnizotto of the US Sportsmen’s Alliance (who don’t even hunt Africa!) on CBS Morning News. I did a very brief interview with Telemundo News, a Spanish network. I have a public relations background. I did and facilitated lots of interviews both on TV and in print media for two hospitals I worked for, the Diabetes Research Institute and a timeshare exchange company. But the best thing I had going for me was understanding the subject matter of hunting and providing the necessary sound bites that got as much of our message across as possible.

I am disappointed and like you angry. It’s not that freakin’ hard!

Back in 2009, when US Fish & Wildlife first started hassling hunters importing trophies to the US with the Zero Paperwork Errors policy and The Netherlands implemented it’s transit permit requirement, I warned the hunting community what was coming. I spoke at a symposium in Namibia about the true threats to the conservation programs supported by hunting. I also spoke at a Weatherby Foundation meeting and few other smaller venues of hunters. I told them then that the real threats we faced were not direct closures but the hassles and uncertainties caused by the import permit requirements of USFWS, the problems shipping and getting your trophies and the problems of flying with your guns because of airline whims. Make it too hard for hunters to travel to hunt or to get their trophies or create too much uncertainty and hunters will choose to stay home. The antis don’t need to shut down hunting. They just have to make us want to stay home instead.

I encouraged the industry then to start addressing the issues. No one did and what has happened? USFWS shut down imports on elephants from Zim and Tanzania and want to implement an import permit system for lions. The EU implemented an import permit system. US airlines won’t transfer guns to a second carrier. Frankfurt tried to implement a transit permit requirement and screwed up a number of hunters before rescinding the effort. US Customs tried implementing a ridiculous system for hunters to declare firearms when leaving the US without clearly thinking through the system and caused all kinds of havoc on the eve of the spring hunting seasons. And then of course the airlines have one by one banned trophies. Two shipping companies have followed suit. Politicians are introducing bills to stop the import of all CITES listed animals. And safari cancellations have already started. Here we are. Exactly where I warned we would be. Just call me Casandra.

So, my brother, shall we shout into the wind. Or can you and I and a few other face-of-flint souls like us start our own PR effort? Would love to hear your thoughts.