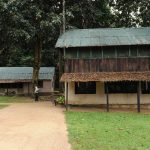 Caveat Congo – the Anatomy of a Hunting Disaster 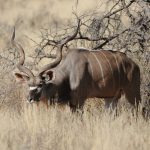 I received a copy of the WWF South Africa Constitution three days ago. I was in for an unpleasant surprise. Clause 8.2 states as follows:

‘The Board may at any time in their discretion require a member in writing to resign from the Voluntary Association and the member to whom such a request has been addressed shall cease to be a member within 1 (one) calendar month of the date of such request.’

In other words, WWF South Africa can kick you out whenever they like, for whatever reason and regardless of my opposition to this move, my over 30 years as a member and a combined period of over 20 years in two stints as a trustee – I was asked to take up this position a second time by the chairman of the board after resigning.

If you have read the exchange of correspondence in the “‘Expelled’ from WWF South Africa” blog post, you can make up your own mind why I have been summarily expelled without a hearing.

I believe I have been expelled because I am a hunter and a believer in sustainable use as the most important weapon in an African conservationist’s tool box.

But the response of WWF South Africa, given the current make-up of its board, comes as no surprise to me. As I wrote to a university professor friend yesterday who found the attitude of WWF incomprehensible:

‘They are caught between the advice of scientists, experienced field officers and organisations like IUCN, which advise that fair chase hunting on a sustainable basis is the cornerstone on which conservation is based in Africa, on the one hand, and their target funding market which, for the most part, is made up of wealthy, aged urbanites in developed countries, on the other hand. My hunting background outweighed my usefulness, particularly when two things happened – my photograph was used by a rival NGO to back their allegations that WWF was complicit with safari outfitters in committing atrocities on Pygmies in the rainforests, on the one hand, and I was asking awkward questions about their lack of written, regularly communicated strategic and action plans and reports on their performance measured against these plans, on the other hand.

So, I was expelled without a hearing on the pretext that I was asking awkward questions, did not like the CEO – who I do not know personally but think is lacking the professional managerial skills they desperately need – and not taking an active interest in the affairs of WWF. If this was the truth and they were to be consistent, a large number of their other members and trustees are about to be expelled as well.

I am afraid that WWF South Africa is not only confused as to what it is, where it is going and how to get there but also cannot make up its mind whether it is a serious, holistic, biodiversity conservation organisation based on science (as it once was) or a panderer to Western, liberal, academic led, knee-jerk anti-hunting, animal rightist propaganda in order to raise money for Heaven knows what ends. Right now it is clearly the latter. Sorry, a bit longwinded I know. But there you have it.’

The following letter from their CFO sealed my fate:

As you have requested, we have enclosed a copy of our Constitution.

In terms of clause 8.2 of the Constitution, the only requirement to terminate your membership is a request to you for your resignation. We have accordingly provided you with the requisite request for resignation and therefore your membership shall terminate with effect from 31 December 2016, being one calendar month from the date of our request, notwithstanding your refusal to resign.

We further reserve our right to respond more fully to your letter if necessary.

What to do? Do I instruct my attorneys to take the matter on judicial review on the basis that the decision is contrary to the rules of natural justice – which it clearly is as I was never given the opportunity to confront my accusers or put forward my side i.e. the audi alterem partem rule – or that it is so unreasonable no body which applied its mind to the matter would or could have come to a similar decision or do I walk away?

Let me think about it for a second. OK, I have thought about it. WWF South Africa is, in my humble opinion, becoming increasingly irrelevant in conserving the African wildlife and wildlife habitats that are my passions. So, I win the legal argument and then what? Better to apply my time, energy and funds to things that can make a difference such as The Fair Chase Guild and SA Hunters Conservation Trust, where I have been invited to become one of the three trustees. What do you think?